In 1932 Bresson is thirty-one and turning towards the cinema. At the time, did he see an MGM film about a champion wrestler? The wrestler falls for a woman just released from prison – Lora: he helps her with money and shelter, he loves her, he marries her, he believes that when she gives birth to a little boy that it is his. She deceives him – at every point, although torn to recognise that his love for her is done out of compassion and sacrifice. At the end when he sees the man Lora loves abusing her physically he murders him. Next he wins the wrestling match his gangster promoter ordered him to lose, and then goes to prison for the murder. In the final image, Lora visits him in prison. He puts his hands on the mesh, she puts hers up to match them:

Flesh (1932) was an MGM film of 1932, directed by John Ford. Its final image instantly brings that of Pickpocket to mind and, what is more, the later story echoes the earlier: Pickpocket is about a woman (Jeanne) with a baby who sticks to the pickpocket Michel through thick and thin until they come to this:

There are three ways of understanding the resemblance of the final shots:

This is not to argue that Bresson saw Flesh and thought it so terrific he had to quote from it, so to speak. Flesh is third-rate Ford, but this lower-depth story with a religious overtone has the potential to be turned into first-rate Bresson: sacrificial love, aided by grace, achieves the 'happy end' of the closing image. Voici l’idée admirable, as he said of the braying donkey in Dostoevsky's ‘The Idiot’ that triggered Au Hasard Balthasar.

And then there's Scorsese's Raging Bull: when Jake is introduced to Vicky he puts his hand up to the mesh that divides them in order to touch her hand. Scorsese, who 'breakfasted on [film] images' according to Michael Powell, would definitely have been thinking of the final image of Pickpocket. Who knows, maybe even Flesh, the story of a wrestler, as well? 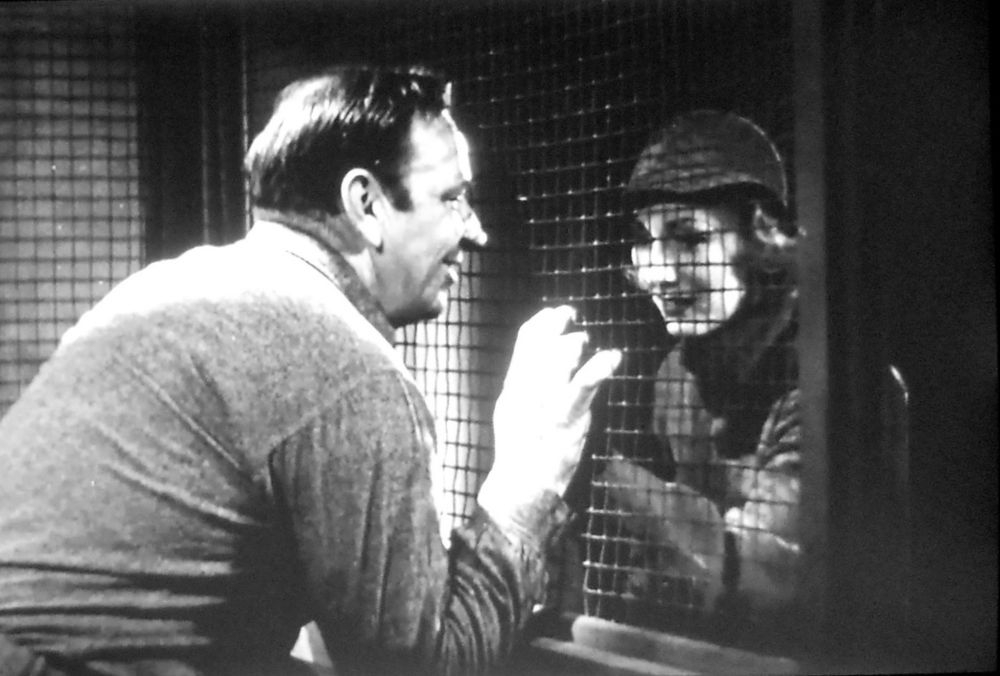 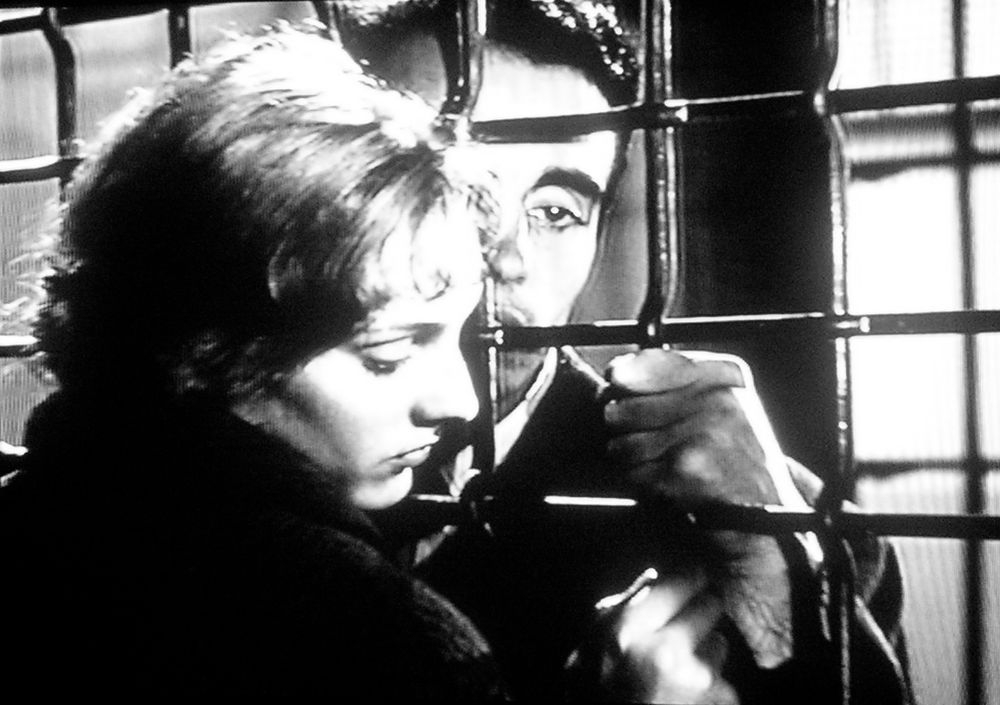 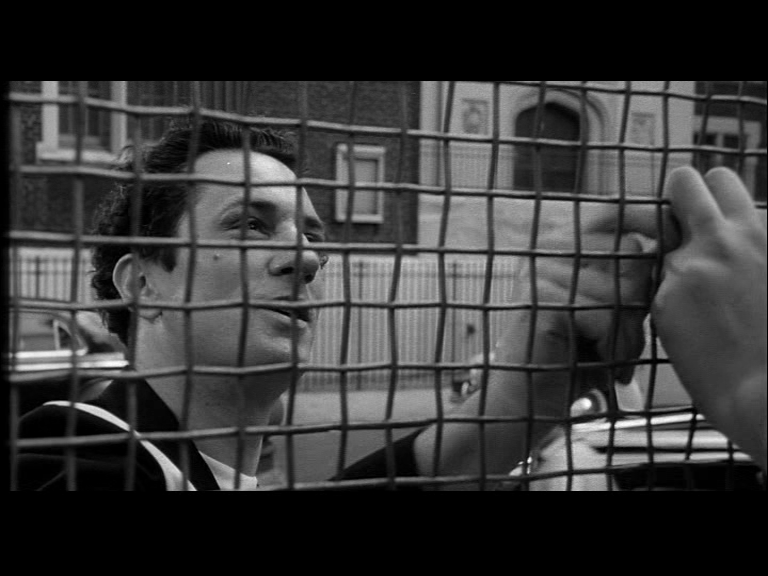